Family law is ever changing and there can be implications for divorcing and separating couples. I keep myself up to date and share the latest changes in my news artilcles on these pages. 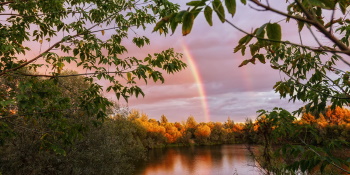 In June 2020 the Divorce, Dissolution and Separation Act was passed meaning that the law surrounding divorce will be reformed.  Many think these changes are already long overdue and it will still take time for the changes to come into effect.  It’s hoped they will be in place by autumn 2021.

The change in the law comes following a much reported case [Owens v Owens] in 2018.  Mrs Owens was unable to divorce her husband because of his “unreasonable behaviour”.  Mr Owens defended the Petition alleging that the marriage hadn’t broken down because of his behaviour.  By this time the parties had already been separated for three years before the wife filed her Petition.  After hearing evidence from the parties, Mrs Owen’s Petition was dismissed.  Her appeals to the Court of Appeal and the Supreme Court failed.  Mrs Owens only option was to wait for a further two years until the parties had been separated for five years by which time she would no longer require the husband’s consent to a divorce.

This case follow on the heels of many years of campaigning by bodies such as Resolution, imploring for a change in the law so any suggestion of blame could be removed from the divorce process.

Within the new legislation there will also be a prohibition on defending divorces.

In the meantime, the current process remains in place.

Please keep yourselves safe during the current coronavirus threat.  During this period I will be offering MIAMs by video call and substantive mediation in appropriate cases.

As your mediator, my aim is to help you both negotiate constructively by providing tools and information so you can make mutually acceptable decisions about arrangements for the future in a calm and informed way.